A downloadable game for Windows, macOS, Linux, and Android

Available for Nintendo Switch™ on the Nintendo eShop!

Also available for iOS on the Apple App Store, for Windows, Mac, and Linux on Steam, and for Android on Google Play!

The Rusty Sword: Vanguard Island is a short, top-down adventure game inspired by several 16-bit games you know and love. It features a small island overworld, a large non-linear dungeon, countless monsters to battle, classic art that takes you back through time, and a nostalgic soundtrack. In the game, you venture on a quest to find the hidden Vanguard Relic.

Use bombs wisely! There are several paths that can be opened with them, both visible and hidden. We absolutely want to encourage exploration and multiple play-throughs.

We're currently in the planning stages of a new, larger game called The Rusty Sword: Runelock Island. It will use our work on The Rusty Sword: Vanguard Island as a foundation and feature a much larger overworld, towns, and several dungeons!

Although The Rusty Sword can be played with a keyboard, we recommend that you do play with an official Xbox controller. Any XInput controller should work, but we don't currently have button re-mapping in-game and can't guarantee buttons on other controllers will map the same. However, using another software, like JoyToKey (https://joytokey.net/en/), to map the buttons on a controller of your choice to the keyboard assignments below works great!

Use or Equip/Unequip Item 1

Use or Equip/Unequip Item 2

Nintendo Switch is a trademark of Nintendo.

In order to download this game you must purchase it at or above the minimum price of $1 USD. You will get access to the following files:

I just played The Rusty Sword on NSwitch with my sister! Really liked it as a concept- just like playing a retro Zelda title but with a friend! I hope the sequel goes well bc I'm itching for more! :)

Glad you enjoyed it - thank you so much!

Demo doesn't work. Whenever i open the app it just crashes. On chromebook

Sorry to hear that! Chromebook isn't a device that we've tested the game on, but we'll be sure to look at it for a future update.

is the game local multiplayer or can It be online?

It's local multiplayer only. Online would be super cool, but we'll have to do that kind of thing down the road. 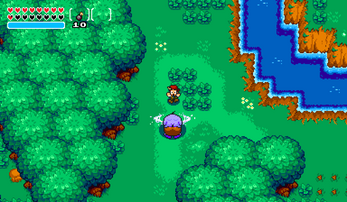 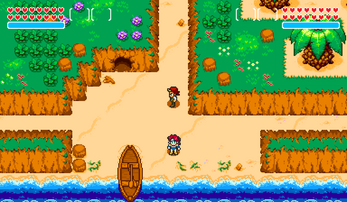 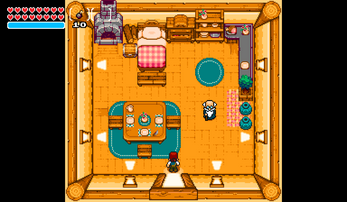 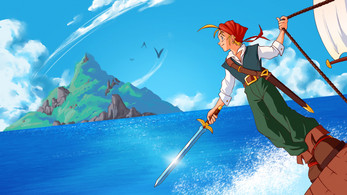 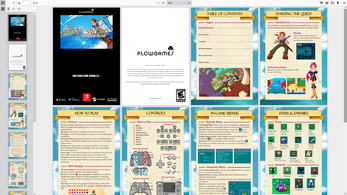